Happily Ever After on the SS Neverender 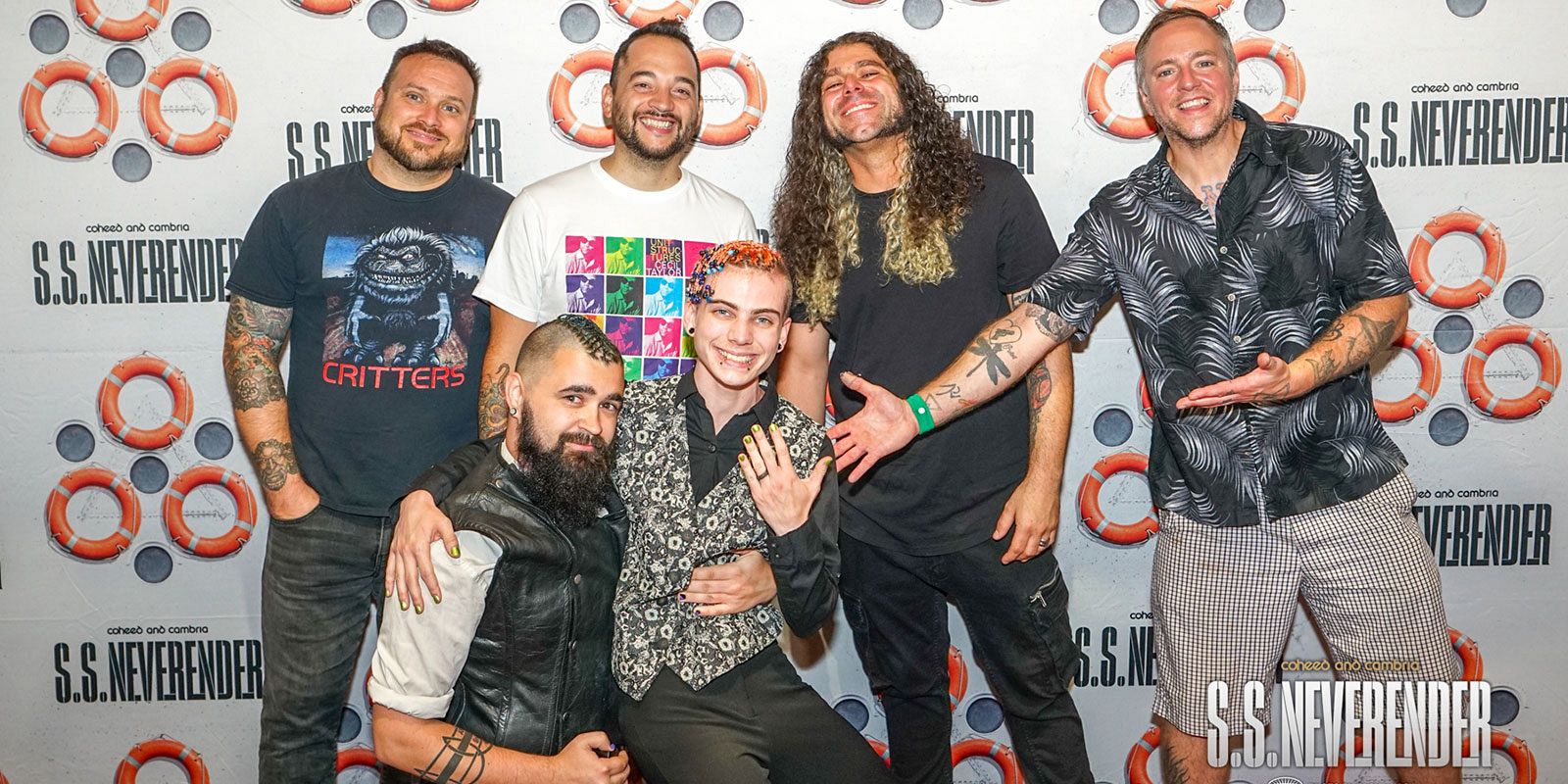 Moments That Make Life Rock
Happily Ever After on the SS Neverender
"I stood there stunned for a good 5 seconds before saying... YES!"
Cassius D.
Seattle, WA

I’ve been a huge fan of Coheed and Cambria both in music and comics for years now, thanks to a very close friend of mine. So when I found out that they were doing a cruise, let alone with a bunch of other bands I love, I HAD to be on that cruise. It really seemed like a once in a lifetime chance, especially with the state of the world being in what felt like infinite lockdown.

Fast forward to 2 years later, it honestly felt unreal when my partner and I arrived at the port and boarded the ship. Throughout the cruise we casually met band members, chatted with them, and got some pictures. We also attended a ton of concerts. It was a dream come true! The morning of our day in Nassau, we met Claudio (the lead singer of Coheed and Cambria) in line at Starbucks whilst waiting for our drinks. When I wasn’t looking, my partner secretly pulled Claudio off to the side to ask him if he could propose during the band picture, and Claudio was quite enthusiastic in his response. A few days later while we were at the front of the line to get our picture taken, we got called up for our turn and I posed for the photo, suspecting nothing. I then looked over to see my partner kneeling, and in my head I was thinking “no way.” He asked the golden question and I stood there stunned for a good 5 seconds before saying... YES! I had no clue it was coming and was so surprised when he proposed.

Later that night we bumped into Claudio again and he told us that the proposal was so touching that it made him teary-eyed. Everything about the cruise and most of all, the proposal, made for a vacation I’ll never forget.

Latest Moments
This one's for you, Dad.
Mike B.
Read
It was all about the music and the love!
Sheri and Noey B.
Read
The pure joy was felt and expressed in all the smiles around the piano.
Larry F.
Read
I still find glitter in random places that remind me of just how much fun I had.
Cale A.
Read
The Rock Boat has been so much more than just a vacation.
Melissa G.
Read
This was a once in a lifetime experience that I will be forever grateful for.
Michelle K.
Read
It felt like all barriers had been stripped away between us...
Maxim S.
Read
It was like the greatest high school reunion, without all those painful school memories!
Andrew T.
Read
What happened changed the fabric of my world forever.
Dave F.
Read
It felt like that was the precise moment that we committed to one another, and it was truly amazing.
Kathy O.
Read
This was one of the greatest moments of our lives and one that we will forever cherish.
Stephan K.
Read
I feel like my passion for new music has been re-ignited.
Stephanie L.
Read
We partied like we were kids again
Steve and Barb L.
Read
Tell Us Your Moment Tell Us Your Moment!
© 2022 Sixthman. All Rights Reserved.   Privacy Policy   Cookies Policy
We use cookies to improve your experience on our website. By browsing this website, you agree to our use of cookies